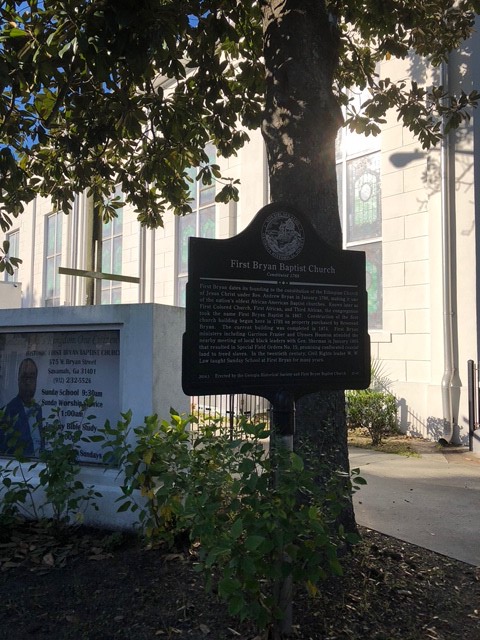 The oldest, continuous African American Baptist church in the U.S., the First Bryan Baptist Church was founded in 1788 by Andrew Bryan, a Savannah slave. He served as the first pastor of the church and later purchased the current site of the church after he purchased his freedom in 1793. He paid “30 pounds of silver” (about $150.00) for the land, and the original church building was constructed in 1795. The land where the church was built is located on land that originally was part of the Yamacraw Indian Village.

The current structure was constructed between 1873 and 1888, and it was designed by John B. Hogg. The stained glass inside the church features some of the founding fathers of the African American church. 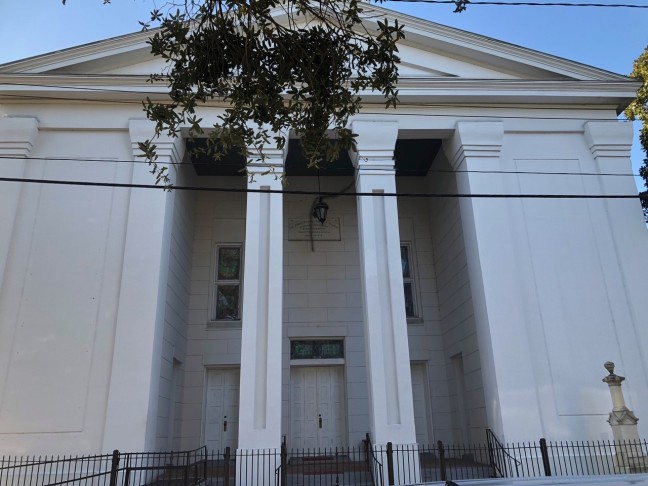 First Bryan dates its founding to the constitution of the Ethiopian Church of Jesus Christ under Rev. Andrew Bryan in January 1788, making it one of the nation’s oldest African-American Baptist churches. Known later as First Colored Church, First African, and Third African, the congregation took the name First Bryan Baptist in 1867. Construction of the first church building began here in 1793 on property purchased by Reverend Bryan. The current building was completed in 1874. First Bryan ministers including Garrison Frazier and Ulysses Houston attended the nearby meeting of local black leaders with Gen. Sherman in January 1865 that resulted in Special Field Orders No. 15, promising confiscated coastal land to freed slaves. In the twentieth century, Civil Rights leader W.W. Law taught Sunday School at First Bryan for many years.