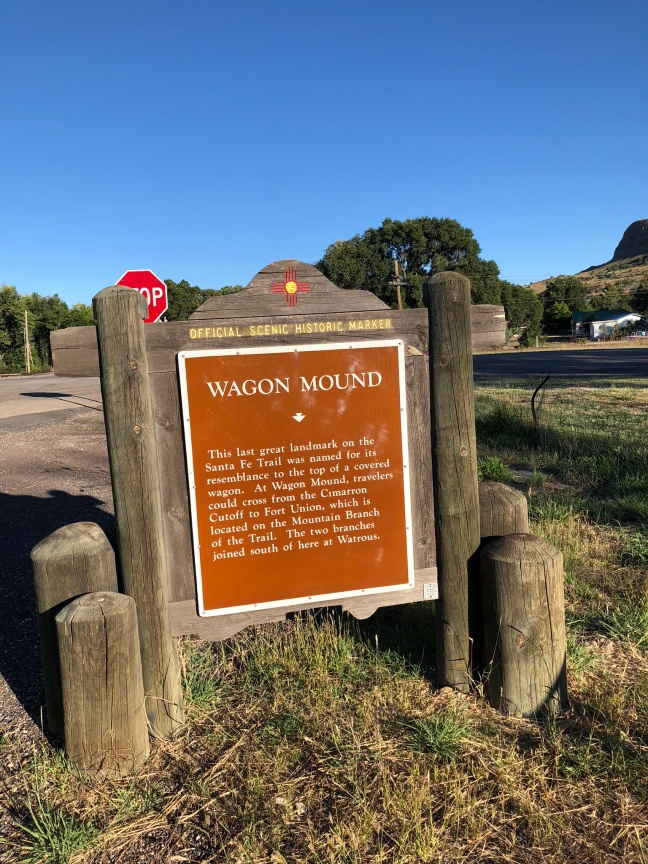 For travelers along the long Santa Fe Trail, landmarks ensured that they were going in the right direction. One such landmark was the nearly 7,000-foot butte known as Wagon Mound, which was named due to its shape and the fact that it kind of looked like a covered wagon. It signaled the location of the Cimarron Cutoff, which was a settlement route that connected St. Louis, MO, and Santa Fe, NM.

Wagon Mound told travelers two things. It was the last major landmark before getting to Santa Fe and the end of their journeys. Two, it meant that there was a water source nearby in the Santa Clara Canyon. But, groups had to be careful in this area because there were hostile Native Americans in Santa Clara Canyon.

The route that took travelers near this landmark was popular from about 1822 to the 1870s.

This last great landmark on the Santa Fe Trail was named for its resemblance to the top of a covered wagon. At Wagon Mound, travelers could cross from the Cimarron Cutoff to Fort Union, which is located on the Mountain Branch of the Trail. The two branches joined south of here at Watrous.