According to the 1907 handbook of Meridian, Mississippi, the city is called the “child of the railroad”. Starting in the 1850s, railroads starting popping up in Meridian. The Mobile and Ohio, and the Southern Railroad of Mississippi formed a junction here. The railroad was so ubiquitous to the city that even native country music star Jimmie Rodgers worked on the railroad in Meridian.

With 5 major rail lines and 44 trains running through the city on a daily basis, Meridian rose to become the largest city in the state in the 20th century. A passenger depot was completed in August 1906. The original depot was demolished in the 1940s. All that remains of the original passenger depot is the eastern wing since the rest was demoed in 1966.

The historic district takes up four city blocks along Front Street. The site is listed on the National Register of Historic Place. 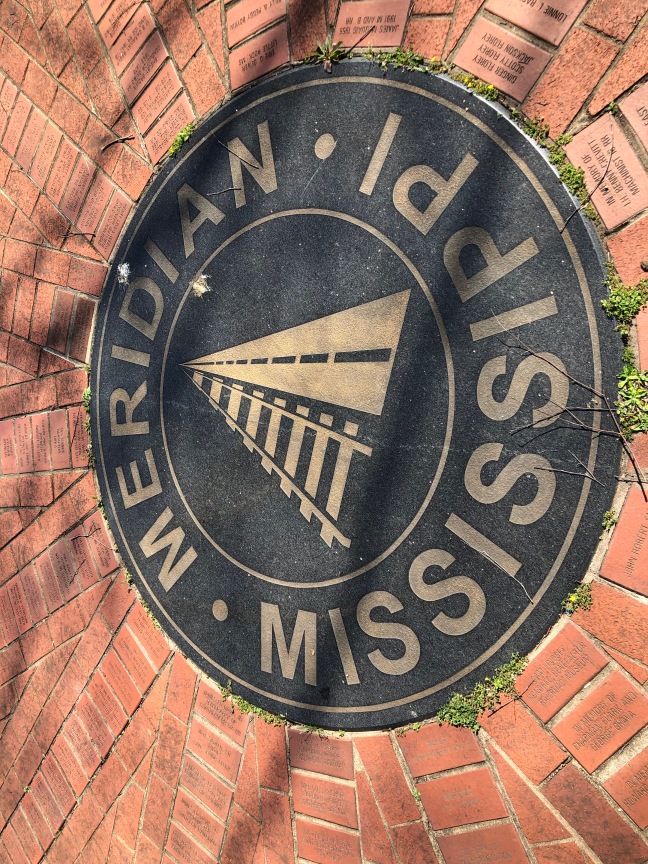 Located in Lauderdale County in the East Central Hills of Mississippi, Meridian started in 1831 after the Choctaw Indians left the land as part of the terms of the Treaty of Dancing Rabbit Creek. The city got its name from a settler who believed that the word “meridian” actually meant “junction” or “zenith”.

Richard McLemore of Virginia was the first to come to area and then offered free land to others to try to get them to move the region. By 1855, railroads had linked Meridian with other areas, and, by the 1860s, there were 15 families living in the town.

Meridian played a role during the Civil War. It was the location of the Confederate arsenal, a stockade for prisoners and a military hospital, and it even was the location of the state capital for a month in 1863. In February 1864, Union General William Tecumseh Sherman destroyed the city. The only surviving antebellum mansion in the area from before this time is Merrehope, a Greek Revival home.

For a period of time during the 1890s until 1930, Meridian was also the largest manufacturer in the state. It was known for timber and cotton production.

Formerly Sowashee, it was chartered 1860, and throve as rail junction during the Civil War, serving in 1863 as temporary capital and as depository of the state’s official records.